Each year, thousands of REALTORS® from across the country converge on our nation’s Capital for the annual REALTORS® Legislative Meetings and Trade Expo. Amongst the thousands of individuals that attend, a select few are chosen to directly represent our Arizona membership before our members of Congress.

In Arizona, we have nine United States Congressmen and Congresswomen and two United States Senators. These meetings are led by individuals called Federal Political Coordinators (FPCs). The designated FPCs to each member of Congress leads the assigned attendees in the Hill Visit talking points. This year, the National Association of REALTORS® asked our FPCs and assigned delegates to let our policy makers know “Who We R” and what we care about. Namely:

Some of the key “Who We R” points conveyed to our members of Congress are that REALTORS® adhere to a Code of Ethics that is a pledge of honesty, integrity, professionalism, and community service. Nationally, 70% of REALTORS® volunteer in their communities, 82% donate on average $1,000 to charities annually, 92% have a post-secondary degree, 68% are sales agents; and 20% are brokers.

With a thriving economy, it was important that our meetings addressed the critical driving role real estate plays in the U.S. economy. To start, we shared the fact that real estate accounted for one-fifth of the gross domestic product (GDP) in 2018 and that the Federal Reserve calculated homeowners’ equity to stand at $15.5 trillion in 2018. Prospectively, a typical homeowner’s wealth is estimated to reach $262,500 in 2019 and that 84% of non-homeowners want to own a home in the future. On the commercial front, commercial real estate supported 8.3 million American jobs in 2018 and generated $325.9 billion in salaries and wages, contributing $1.0 trillion to the U.S. GDP.

No visits with our members of Congress would be complete without the discussion of very important policy related issues. For our Arizona members, addressing the need to reauthorize the National Flood Insurance Program was of utmost importance, as Arizona has the most policies issued under the NFIP for any non-coastal state. Additionally, in each of the meetings the importance of helping the Treasury Department and the Administration with rules on Qualified Opportunity Zones was discussed as this program aims to encourage development and job creation in economically distressed communities. Other areas of importance addressed in each Hill Visit meeting were: Infrastructure, Technology Data Privacy and Security, Access to Health Insurance, Fannie and Freddie Reform, Federal Taxation, and Fair Housing. (Click HERE for more details on each area).

As stated by J.T. Tsighis, Federal Political Coordinator to Congresswoman Ann Kirkpatrick, “All in all, we left the meeting with our Member of Congress’ acknowledgement and support for each and every issue presented.”

In all, the 2019 visits on Capitol Hill were a success. The message that REALTORS® do more than buy and sell homes was heard far and wide. WE stand up for the property owners of today and tomorrow, and that is “Who We R.” 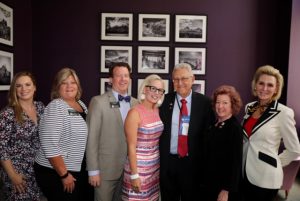 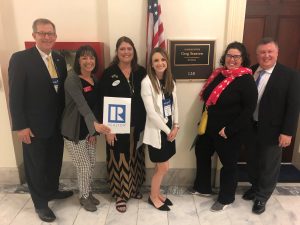 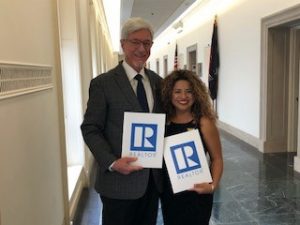 From Lt to Rt: Gary Nelson, Marleny Gomez on the Hill. 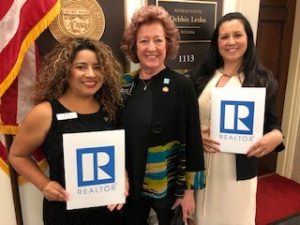 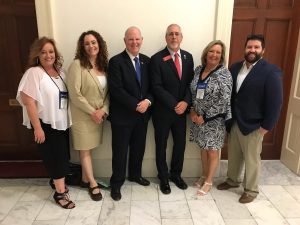 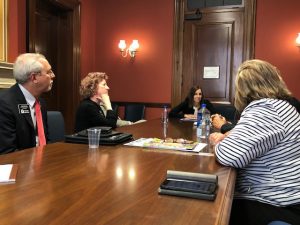 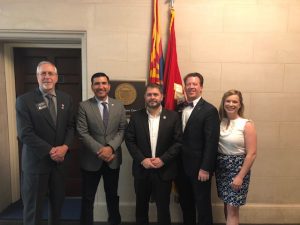 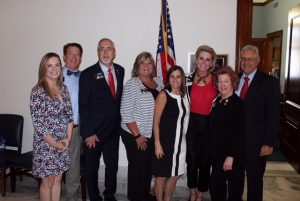 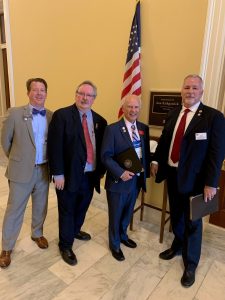